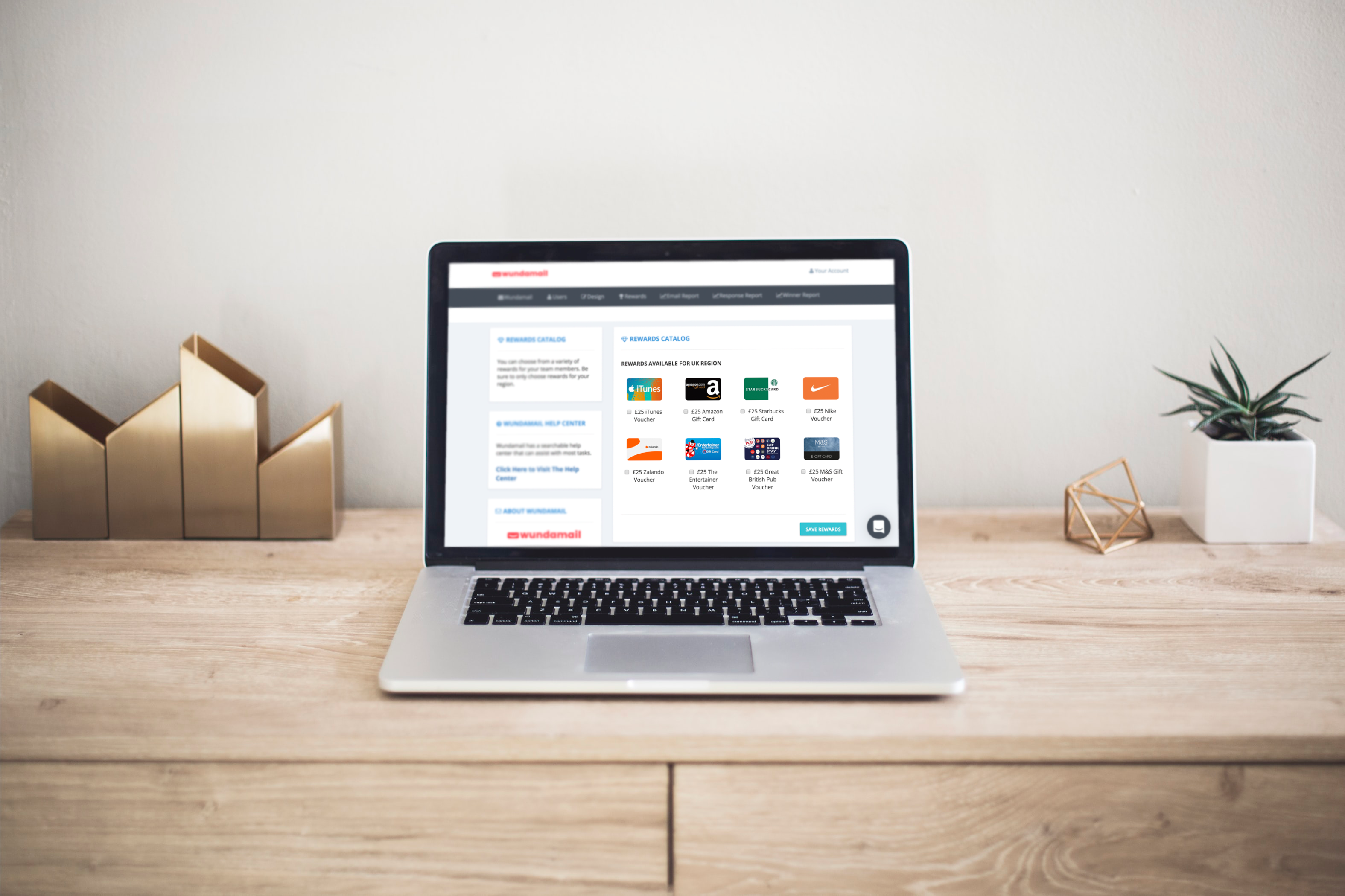 Everybody loves being rewarded. Using monetary rewards as a stand-alone method of improving engagement might not be the best approach, however. For example, success relies upon more than the value of your incentives- you must consider how frequently, and in what way you reward your employees. Your reward structure should be viewed as a multilateral strategy intended specifically to boost overall productivity.

So, how exactly does It work?

As a team leader, you can set up Wundamail to automatically assign points to active Wundamail participants. In addition, you can call out good behaviours and reward individuals for reaching the specific tasks or milestones you want to encourage. Everyone can view their progress and goals online, and once team members have scored enough points, they win their chosen reward. After one reward is secured, they are free to choose another, and the motivational cycle continues.

What reward should I choose?

When most people think of professional rewards, they tend to imagine monetary prizes such as cash bonuses, gift cards or vouchers. It’s important to recognise however, incentivising only works when the reward itself is actually desirable. Your employees are unlikely to be motivated by the same thing, which is why it is important to adopt a calculated reward structure within Wundamail.

While it’s true that cash incentives tend to suit the majority of people, we at Wundamail don’t subscribe to the idea that “one reward fits all”. Different people are driven most by different incentives, and it’s about finding precisely what is most likely to influence specific people.

Non-monetary rewards are proven as a positive force in driving engagement, when the focus is directed towards more emotional and psychological based benefits. One way this can be achieved through Wundamail is by offering early finishes & extra holidays as incentives.

When employees consistently rise beyond expectations, it is often a consequence of them spending more time and effort researching and executing a task.. What better way to reward significant effort then giving time back? Managers around the globe have begun to reward individuals with something called “bed days”. This means giving your top performing employees a golden ticket to have an immediate day off without any prior notification, whenever they want.

Wundamail allows employees to choose their own type of reward, or personal indicator of success. In doing so, it encourages individuals to visualise, choose and perceive greater control over both personal, and team success. This works to revolutionise group culture and boost productivity. Having a clear, automatic feedback loop allows leaders to keep tabs on progress, while giving team members the space to innovate, push projects forward and think for themselves.