The 8 Best Bars In Liverpool For Remote Workers 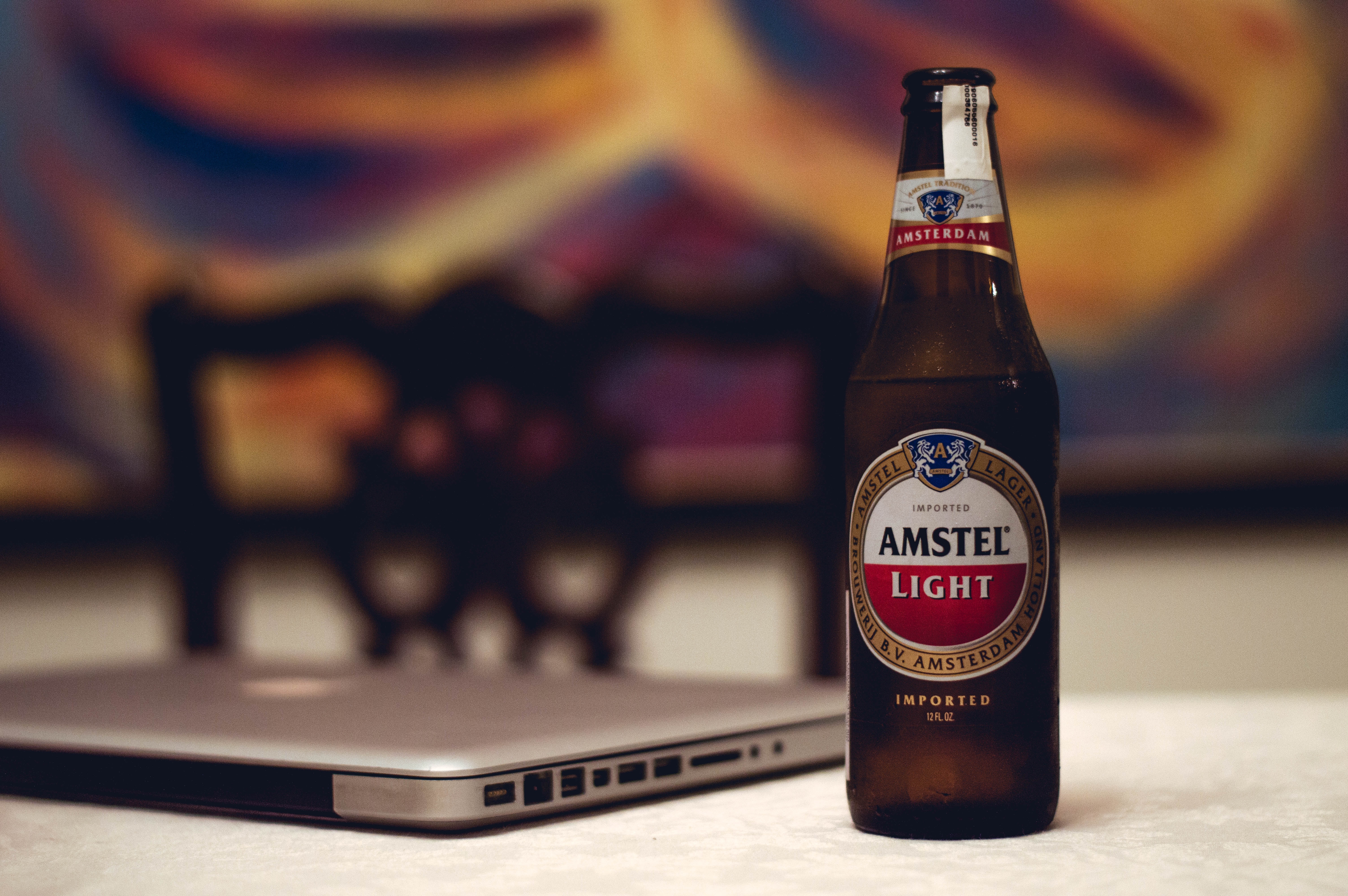 We all know that remote working is the future - technology has allowed us to access the information we need from anywhere in the world and communicate regardless of distance and time zones. So, without a fixed office location, where do you go to work and get the social stimulation that’s so important to daily human life?

With the launch of their own remote working program, beloved brewers, Brewdog, know that a bar makes the ideal location to work away from the office. Coffee shops are great and all, but they can often be noisy and busy in the daytime, where bars are normally calmer, allowing you to focus in on your tasks, with the added bonus of being able to have your post-work pint all in one place. Liverpool is our home here at Wundamail, so we’ve scoped out the best bars to remote work from next time you’re out of the office (all in the name of research, of course!). We couldn’t start this list in any other way. Mann Island Social is our office’s go-to, and definitely a great place to while away the 9-5 with relative ease. Based on the waterfront, it’s easily accessible from the business district, whilst being far enough away that you won’t be disturbed by every business contact you’ve ever met who just happens to be passing by. Fairly new to the Liverpool scene, it has an extensive drinks menu (both alcoholic and non-alcoholic), and a food menu with a bit of everything. If you’re there early enough and have an appetite, you should try and take on one of their breakfast sharing platters - it’ll certainly set you up for the day ahead. 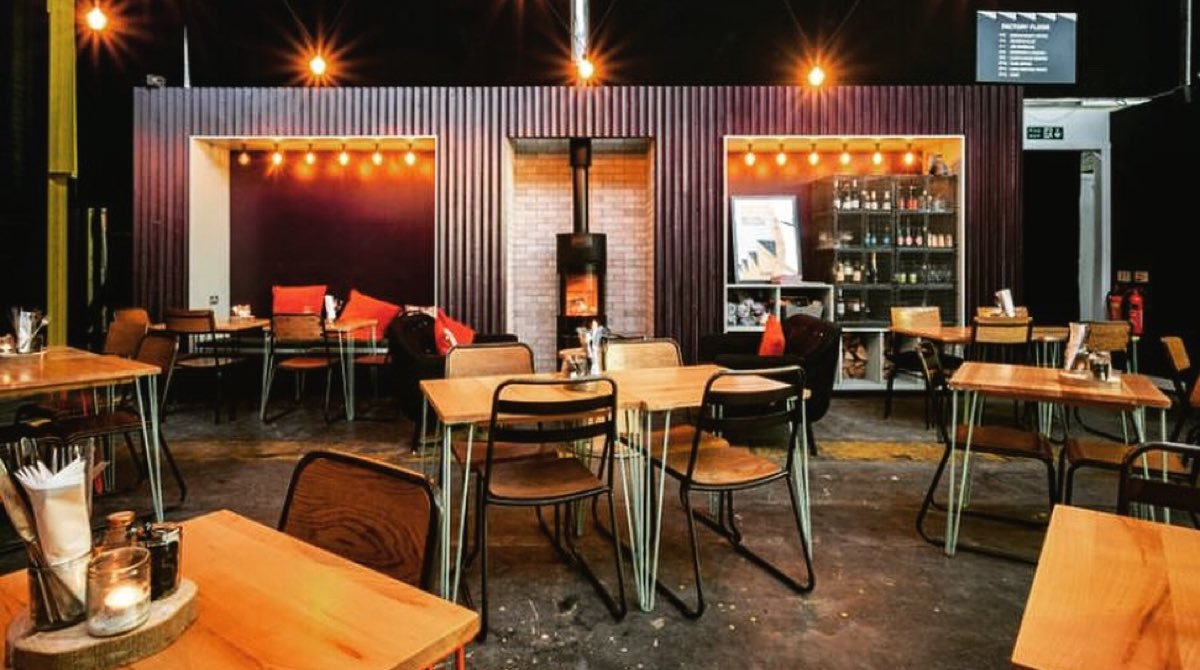 The Baltic Triangle has heaps of bars and social spaces where you can try and get some work done, but more often than not, they’re too busy and noisy for you to be overly productive. Tusk is just adjacent to the main Baltic Market and boasts a gallery and events space in addition to it’s cafe/bar and social (dog-friendly) area. It’s one of those places where you don’t feel rushed, people come and go, and there’s always a good, eclectic playlist on if you forget your headphones. We couldn’t get through this list without mentioning Brewdog. These are the guys that, as well as launching some of the most inventive beer varieties we’ve seen in a long time, have recently announced that they’ll be doubling up as a co-working space for remote workers at the majority of their locations - Liverpool included. The service is called Desk Dog and for £7 a day you can get WiFi all day, unlimited tea and coffee and a pint at the end of the day. Knowing the amount of coffee I get through in a working day, this seems like a pretty decent offer. 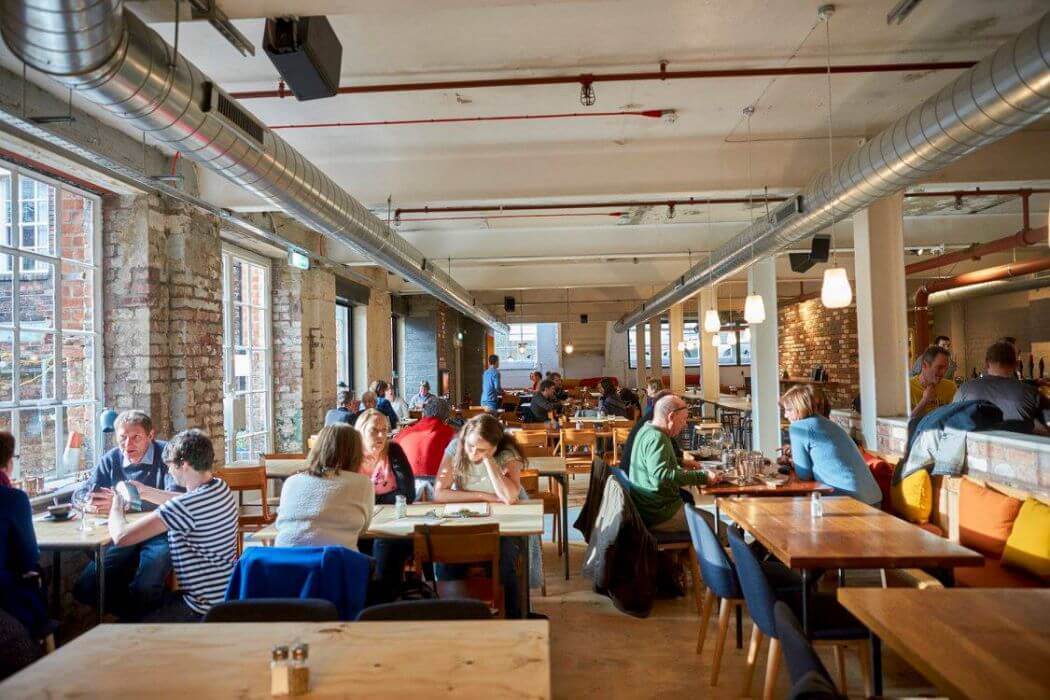 Pen Factory is possibly one of my favourite spots in the city. The layout is split between casual diners (the food is always excellent) and those just getting drinks or having a catch up. It’s relatively cheap without being a dive, and the WiFi is somehow always strong despite the fact that the bar is below street level. If by some miracle the sun decides to show itself, Pen Factory also has an awesome little beer garden that’s surprisingly quiet despite it being close to both the city centre and the universities. 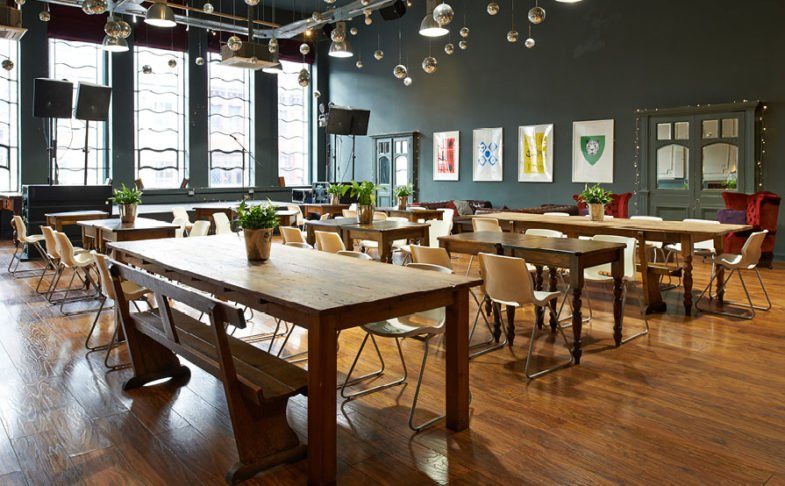 Bold Street was bound to make an appearance on this list in some form, and there’s not better space than LEAF for remote working. Although, as its name suggests, they are the resident tea expects of Liverpool, their tea-infused cocktails and extensive drinks menu is just as impressive. Just around the corner from Central station, and with plenty of seating, it’s the perfect place to get your head down and get some work down. Also the food isn’t half bad in there either. 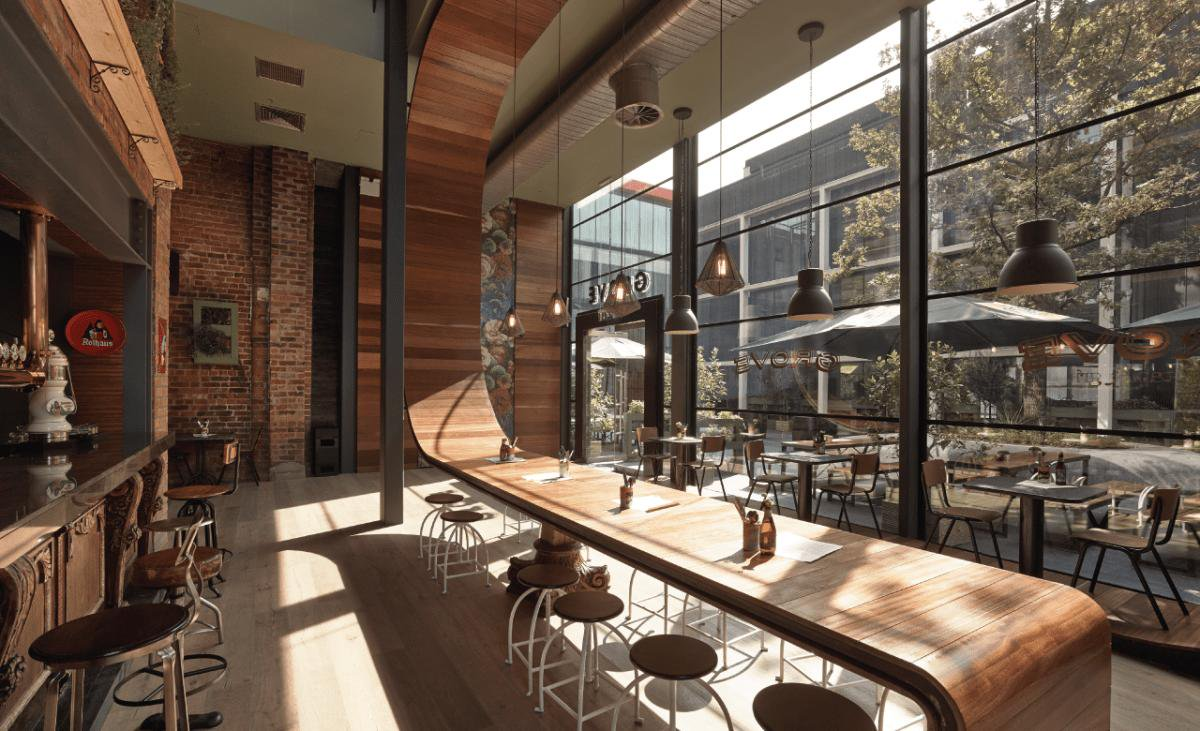 From its appearance, you’d never know you were in the heart of the city centre, a mere stone’s throw away from Concert Square. Primarily an events space, Grove Beer Tap is an architectural enthusiast’s dream. It’s not just the interior that makes this a remote working favourite, however. The terrace in front of the bar is a bonafide suntrap with a plethora of tables to keep everyone happy in the sunshine. The bonus of Grove Beer Tap is that it often has collaboration and industry events, so you might even make some valuable connections whilst you’re there. 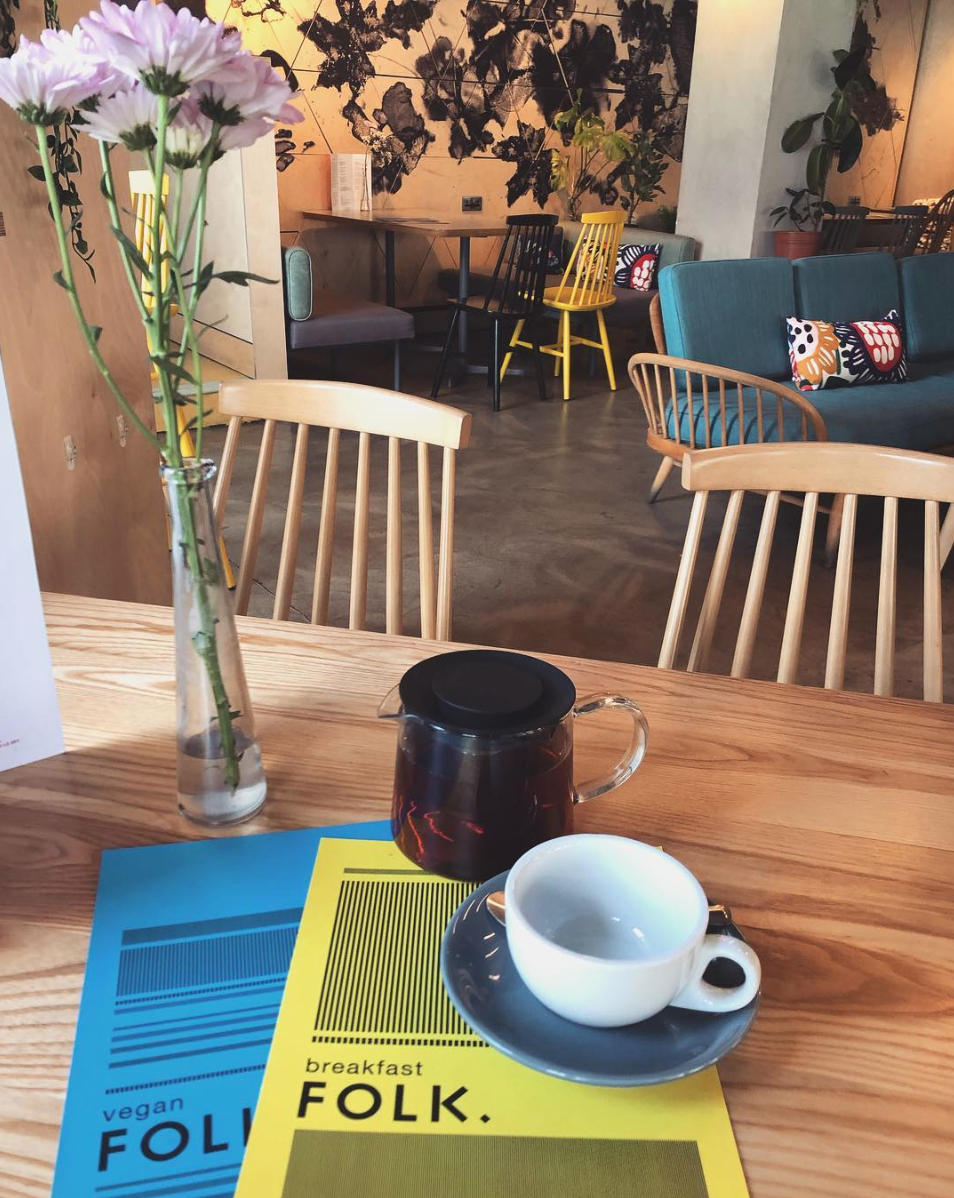 Formerly known as HUS, Folk has long been a staple on the remote work scene. Delightfully Scandi in design and atmosphere, it’s conveniently located on Tithebarn Street, steps away from the business district and The Graces. With a mix of formal tables and chairs, and more relaxed and social sofa spaces, Folk has the best of both worlds for whatever work mood you’re in. Described as a social gathering space, Folk not only has a great patio space out front, but also has an impressive rooftop area that’s often used for networking events, or even open air yoga. Great for post or pre-work socialising! 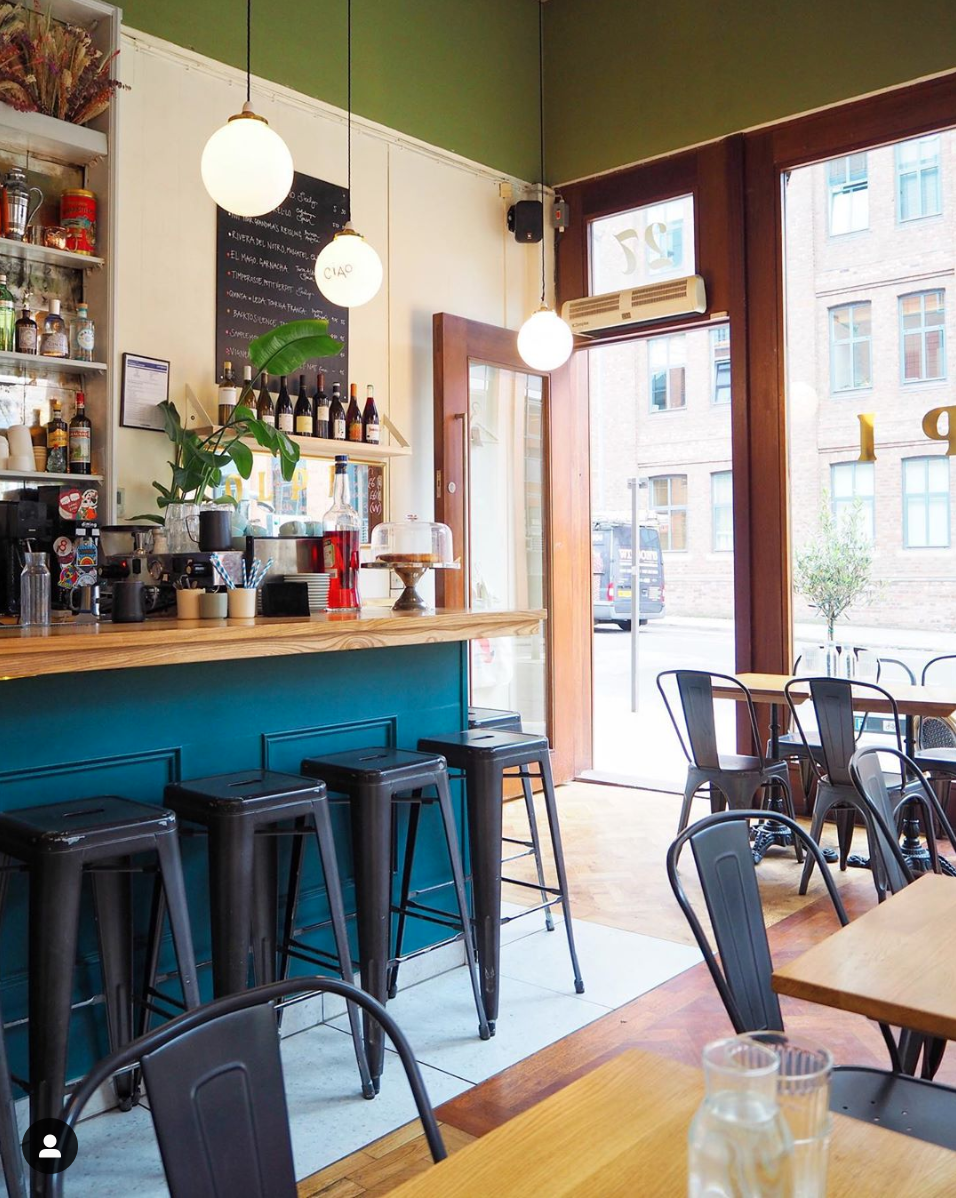 V O L P I is another city centre favourite that’s recently had a name change (nee Filter and Fox). It gives distinctively Mediterranean cafe/bar vibes from the moment you step in, which can be an odd feeling when it’s very typically grey outside, but it’s a great atmosphere nonetheless. Despite it not being the largest bar on this list, there’s normally a corner table or a seat out front where you can watch the world go by whilst you’re procrastinating. If the atmosphere and very large drinks selection isn’t enough, then the post work deal of a pasta dish and glass of wine for £10 is bound to make all the difference.

Remote working in a coffee shop is great, but sometimes you just need a change of scenery and a change of pace - bars are a great alternative, especially during working hours where foot traffic might be lower. As long as the WiFi is as strong as the drinks, we’re in business!

About Wundamail: Wundamail is the simple, modern way to manage teams of every shape and size. By condensing group thinking into a single daily email, Wundamail empowers leaders, supports team members, and makes things simple for everyone. To start your 14 day free trial, and see how Wundamail can transform your team, click here.